After a symphonic opening, this piece evolves into a lovely, lilting melody which is traded between piano and strings. 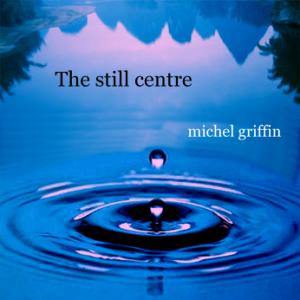 "Michel Griffin gives [the listener] a special feeling of inspiration and relaxation ... he is a great artist." - Ernesto Cortazar

The Still Centre is the first album I released commercially and is quite unlike anything else on this site, being a series of nocturnes for the piano and little orchestral pieces.

The music is unashamedly romantic and relaxing, and a number of people tell me they use it for meditation. Some of the tracks have been picked up to be used as backing tracks for films and videos.

It must be Love - After a symphonic opening, this piece evolves into a lovely, lilting melody which is traded between piano and strings.

The Still Centre - The birdsong in the park, the roar of city traffic, the flutter of your heartbeat - they're all symptoms of life's eternal longing for itself. Chill out. Relax. Become the still centre of your turning world.

Eclipse - This six-minute orchestral piece conjures up all the drama of a solar eclipse - the hush before the blackout, the eerie calm of darkness in the middle of the day, and then the triumphant re-emergence of that distant sphere upon whom our fragile lives depend.

La Tendresse - A piano piece to help you unwind. Lean your head against the music and let it soothe away the strains and cares of this tiring, troubled world.

John’s Song - This duet for piano and cello is an elegy for my father. He always said he never wanted to be old. He got his wish.

A Snowflake Kissed Your Cheek - In the silence of the snowfall, a single streetlamp casts a pool of light which seems to freeze the flakes in mid-fall;a young child swirls and turns in the spotlight like a clumsy ballerina in slow motion, arms outstretched, trying to catch a tumbling snowflake on the tip of her tongue.

A Fond Farewell - A nostalgic evocation of that mixture of tenderness and regret which accompanies every parting from someone or somewhere you love ...

Monte Alban - A dreamy piece for flute and synthesiser, which evokes the spiritual calm of the high temple-strewn plateau in Mexico of the same name.

Joy of Love - Sunlight sparkling off the crystal fountains, the faint whiff of jazz in the air, the bounce in your footsteps, the tang of Spring. It's that softness in her eyes that sets your heart soaring ...

Candlelight - The flickering flame shapes a cocoon of soft light, into which we weave our dreams. An orchestral and choral piece which gradually builds to an inspirational climax.

Francoise - She's funny, she's pretty, she's wise and impulsive. She's generous, she's witty and she is as tender as the buds in May. This tune's for her.

Dreamwing - Above the rippling, lapping ocean waves, a sea bird gently glides in ever increasing circles upwards, ever upwards, riding the thermal that will take her home ...

Standing On the Edge of the Universe - Staring over the rim of the world, poised over the void, sometimes wondering what keeps us all from falling ....

Somewhere Out There - ... there is a star with your name on it.